Follow us on our travels and see the world through Our Big Windshield. 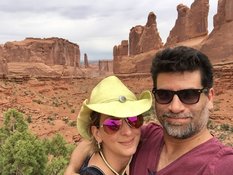 Married in 2009 in Las Vegas with an Elvis impersonator, these 2 never liked to play by other people's rule book. Al took his love of people watching and drawing, and his dislike of bosses and early mornings, and made a career for himself as a Caricaturist (he likes to draw funny faces). His work takes him all over the nation, working trade shows, corporate events, and parties.

Elizabeth used to be very uptight, working a 9-5 job as an executive assistant for a retail luxury store. But it didn't take long for her to get jealous of Al's traveling, be-you-own-boss lifestyle. She decided to join forces with Al and help expand Al-Rod Studio's services beyond just caricatures, giving her the flexibility and freedom she was craving.

HOW DID WE GET HERE?

In January of 2016, Al looked at me and said he'd rather go to Burning Man for his 50th birthday instead of Bali, something we had been planning on for years.  It's not as if we had never discussed Burning Man before, but the conversation only ever went as far as "It would be really cool to go to Burning Man one day".  So I told him to research it and see what it would require of us to make it happen. After many late nights on the iPad, we came the conclusion that the only way to make this trip happen, while maintaining our hedonistic need of comfort, was to buy a small camper that we can hitch to our Jeep. And thus began the journey that would change our lives. Endless hours were spent watching YouTube videos on how to survive Burning Man, and instructional videos from full time RV'ers on how to operate and maintain our camper. After all, you've got to know how to pump your tank! Al is the king when it comes to this kind of research, and it made for a well prepared trip.

We spent 5 weeks on the road in our 17' Coachman hybrid, stopping at many places along the way in Texas, Santa Fe, Utah, Arizona, Las Vegas, and Anaheim. We kept calling it "The Road Trip Of A Life Time". We saw more in that trip than many people get to see their entire lives. The national parks in Utah especially linger in our bones and our soul and keep calling us to return.
​
It left us wanting more. 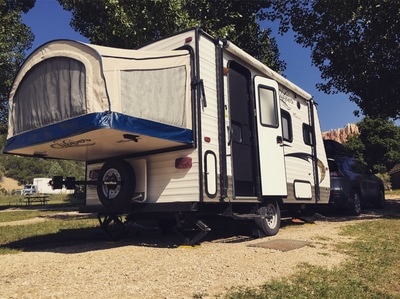 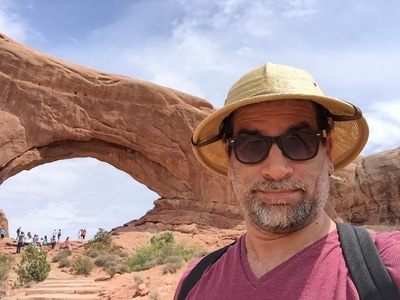 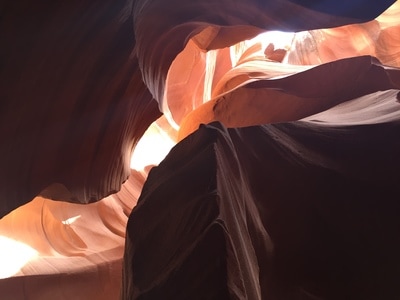 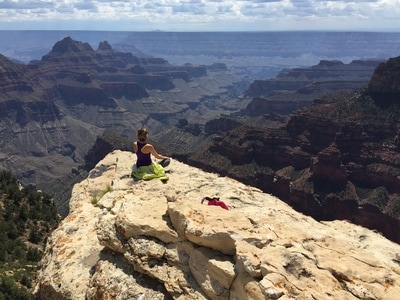 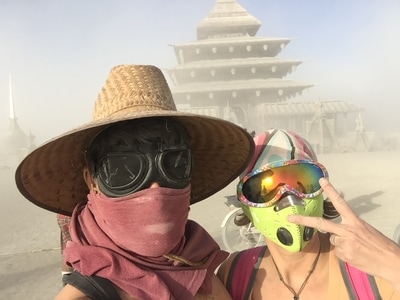 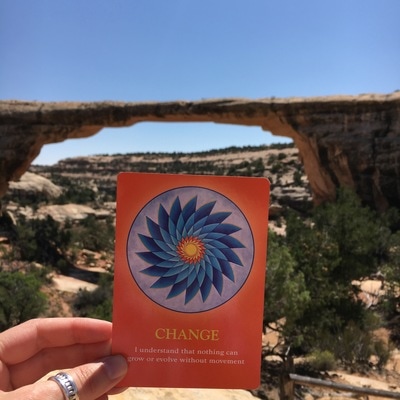 a place to call home​

By April of 2017, we had been renting a townhouse in Miami Shores for a year and a half. It was time to make a decision about what we were going to do next and where we were going to live. We have a thriving business with plenty of local clients, so we couldn't just pick up and leave South Florida, but we didn't want to buy another house here either. Staying didn't appeal to us, and neither did the thought of moving to another city or state. Nothing felt "right".

But all those YouTube videos from the full time RV'ers really stuck with Al. When he floated the idea of buying a larger RV and living in it full time to me, I looked at him as if he were insane. "I want a home, a garden, and a community!", I said. But when he broke down the math for me, I started to warm to the notion. More than that, I felt so weighed down by our possessions. I was constantly trying to get rid of "stuff", but we always seemed to collect more. I loved the idea of getting rid of all of it. In many ways I've approached this as a social experiment: releasing emotional attachment to inanimate objects, and changing your perception of money and what it buys.

After two weeks of deliberating and research, we decided we were committed to this change in life. After another two weeks, we traded in our camper and bought our new home.

We bought a 2016 Thor Challenger from North Trail RV in Ft. Myers. Knowing that we were going to be living in it full time, we decided it had to be something very reliable and comfortable. Some of the features of this RV that really delighted us was the 2 slide-outs, the bath and a half, and the washer and dryer. Because we are obsessed with naming everything, we will be calling it The Mighty Thor. That's right, ladies, I'll be riding around in the god of thunder!

We began selling and donating our possessions in April. It's been an eye opening experience. You only get back a fraction of what you spent on the item, and it makes you question if it was really worth all that money in the first place.

We moved into our new home August 2017.
Follow our travels on the road and see the world through Our Big Windshield.
​ 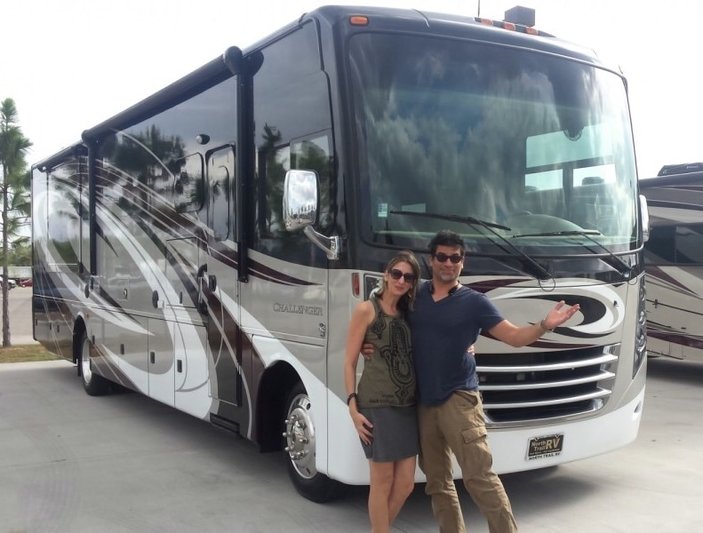 We've been hard at working creating Lizzy The Lightworker Ascension Apparel.
​High vibing tees and sweatshirts for high vibing souls.
Check it out by clicking the pic below! 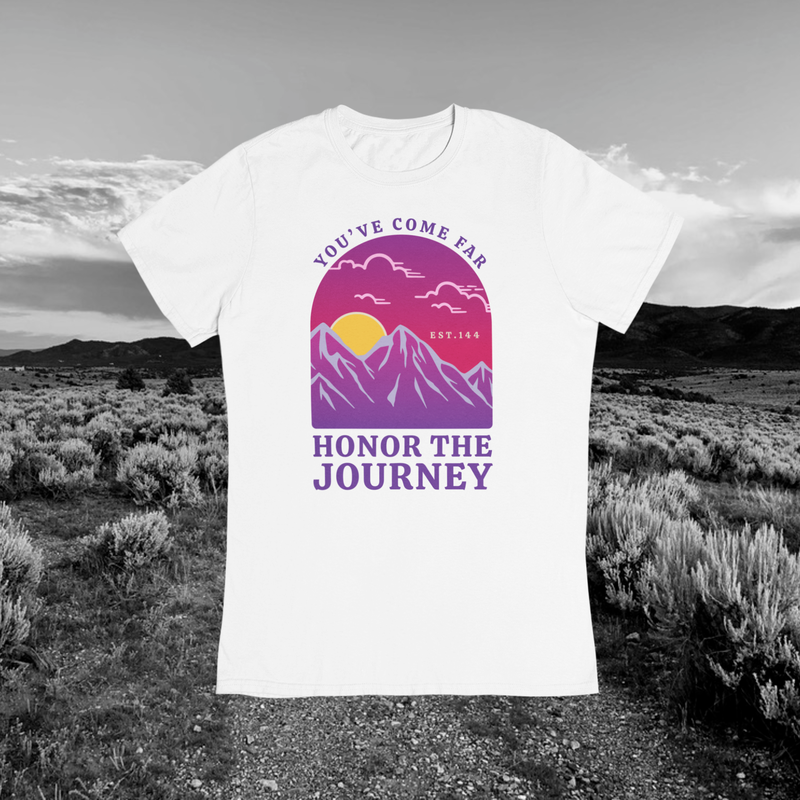 Learn more about our services and how we make a living.
​Click on any of the logos below.
Al has been featured on VoyageMIA!
We were surprised and honored when VoyageMIA reached out to Al for an interview as a successful entrepreneur in South Florida. Al never liked to fit into anyone's box of conformity. A 9 to 5 and answering to a boss was not for him, and this extended to many parts of his life. He has taught me that there are other ways to live and support yourself. You don't have to go the "traditional route". If you allow yourself to break free and try new things, your life will be richer and fuller in many different ways. His story reminds me that it's about the journey, not the destination. CLICK HERE TO READ THE ARTICLE. 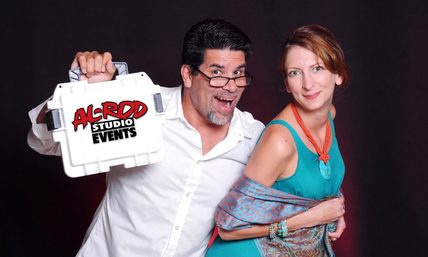